What is a Vacuum Coffee Maker? 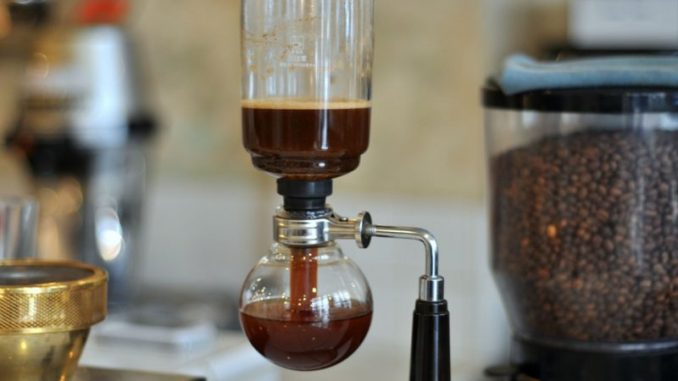 What is a Vacuum Coffee Maker

A vacuum coffee maker brews coffee using two chambers where vapor pressure and vacuum produce coffee. This type of coffee maker is also known as vac pot, siphon or syphon coffee maker, and was invented by Loeff of Berlin in the 1830s. These devices have since been used for more than a century in many parts of the world. Design and composition of the vacuum coffee maker varies. The chamber material is borosilicate glass, metal, or plastic, and the filter can be either a glass rod or a screen made of metal, cloth, paper, or nylon. The Napier Vacuum Machine, presented in 1840, was an early example of this technique. While vacuum coffee makers generally were excessively complex for everyday use, they were prized for producing a clear brew, and were quite popular until the middle of the twentieth century. The Bauhaus interpretation of this device can be seen in Gerhard Marcks’ Sintrax coffee maker of 1925.