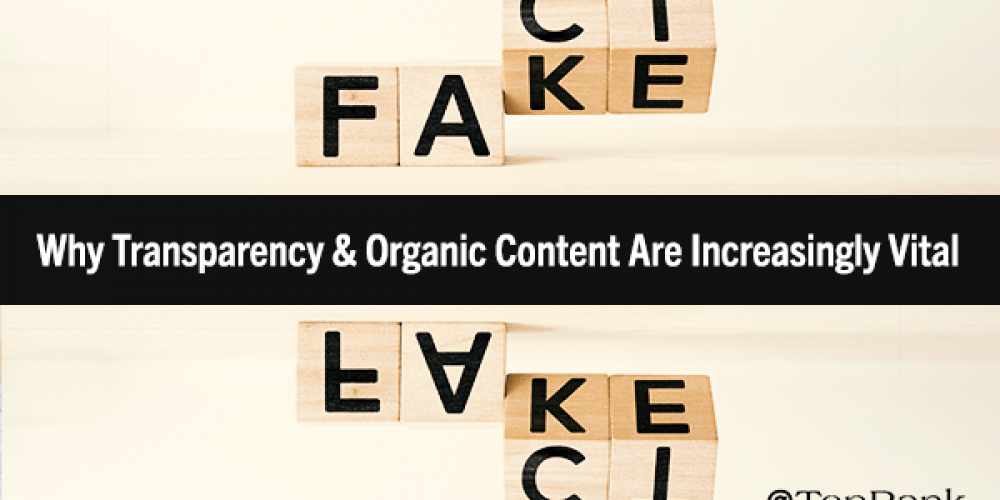 “What you know you can’t explain, but you feel it. You’ve felt it your entire life, that there’s something wrong with the world. You don’t know what it is, but it’s there, like a splinter in your mind, driving you mad.” — Morpheus, The Matrix

“How much of the internet is fake?” pondered the headline of a late-December New York Magazine feature, before answering its own question: “A lot actually.”

What followed was a systematic unpacking of that premise, via author Max Read. Though somewhat cynical and harsh, his argument was backed by facts and evidence at every turn.

He documented case after case of fake traffic and fraudulent metrics.

He cited real stories and statistics that verify the prominence, pervasiveness, and pestilence of these issues.

Read’s article shook me out of my restful holiday contentment. This wasn’t all news to me, but never had I seen so many examples compiled into one grim, gut-wrenching montage. The internet is an inherently murky place – you can’t physically count visitors to a blog post, as you could with attendees at a conference speech or customers in a store – so the success of a digital marketplace hinges on our collective faith in the integrity of data (and intentions).

It’s not the number of non-human “users” that troubles me. We’ve known for some time that bots make up a large portion of website traffic, and any analyst worth their salt is accounting for that reality. What troubles me is the potential (inevitable?) existence of nefarious actors seeking to deceive and benefit — and the repercussions thereof.

Mr. Read puts it best with this poignant observation:

“What’s gone from the internet, after all, isn’t ‘truth,’ but trust: the sense that the people and things we encounter are what they represent themselves to be.”

Taking a Toll on Trust

The digital world saw its share of bombshells in 2018, and I’d argue few were bigger than the filing of an amended lawsuit from a group of small advertisers, alleging that Facebook knowingly delivered false video metrics back in 2015/16, and that the extent of this inflation was greater than previously believed.

Though just one isolated incident (hopefully), it’s the kind of headline that serves to further erode a diminishing level of trust between people and the institutions they rely on. These occurrences send shockwaves through the digital universe that are felt in every corner, with wide-reaching implications.

When polled by CMO Council last year, 62% of marketers indicated that reports about false and faulty metrics have caused them to pull back on spend with Facebook and Google. Meanwhile, the latest Edelman Trust Barometer shows pervasive global drops in trust toward platforms — most sharply in the U.S.

For digital marketers that value accuracy and honesty, it can be tempting to ignore these kinds of stories and headlines, going about our own business and letting all that noise play out on its own. This would be a mistake.

We can only control what we can control, but within that realm, there are steps we can take to counteract these troubling narratives.

Internally and externally, marketers are dealing with uphill battles that are steepened by these developments. Internally, we have to be able to confidently trust our metrics and present them to our bosses. Externally, we’re facing an audience that is growing more distrustful by nature.

From my view, the growing recognition of fake web traffic and fraudulent metrics should compel marketers to reflect thoughtfully, and double-down on two vital cornerstones in the digital era: transparency and organic content.

#1: Transparency is More Essential Than Ever

It’s getting harder for people to take things at face value. So don’t force them to. The more we can be open and honest about our processes, practices, and principles, the more we can distance ourselves from shady actors who are damaging the industry’s reputation.

Data measurement and analysis is hard. Errors and mistakes happen. If your agency or business is frontal in the way it identifies and addresses these situations, you’re more likely to sustain trusting relationships with your clients, customers, and business partners.

One company that has impressed me with the way it embraces transparency is Lemonade, a tech-driven insurance company out of New York. In line with its overarching mission to combat trust issues that have plagued the insurance industry, Lemonade runs a content series on its website and social media called The Transparency Chronicles, introspectively discussing the business with a stunning level of candor.

“We suck, sometimes,” was the title of a post from co-founder Shai Wininger last June, reflecting on the first half of 2018. He didn’t shy away from his company’s shortcomings and failures; he acknowledged them, tried to learn from them, and invited the brand’s community to take part in the conversation. Beyond refreshing to see.

Lemonade is basically bringing a new model to the market: insurance claims submitted directly through an app, with a personable AI bot as your guide, removing brokers and conflicts of interest from the equation. There are bound to be unforeseen snags and hiccups along the way with such an endeavor. The company’s openness about its journey makes customers more comfortable in taking part.

As a marketer, you can’t guarantee everything you try is going to work. You can’t even guarantee every view counted by a third-party platform is a genuine human being. But if you’re open, honest, and transparent, you can mitigate these uncertainties and ambiguities.

Paid media and digital advertising will forever remain important. But they represent a short-term, finite usage of marketing spend, whereas organic content is a long-term play that can keep on giving. It’s like renting traffic versus investing in traffic. In an age of shaky consumption metrics, the latter becomes all the more appealing.

Smart, strategic content marketing that aligns with your target audience and adheres to modern SEO principles will build equity over time. It’s more qualitative, and not as reliant on short bursts of traffic volume, so brands don’t need to concern themselves as much with the value of each view and click.

Speaking of which, we also need to move away from superficial measurement and toward meaningful measurement. It was encouraging to see, per Demand Gen’s 2018 Marketing Impact Report, that volume, pipeline, and revenue metrics are being prioritized, but still a bit puzzling that two out of three respondents are using activity data as proof of marketing’s value:

At TopRank Marketing we’ve seen the bottom-line impact of content marketing demonstrated through program after program. One client, Welter Heating, saw a 590% combined increase in organic conversions during its busiest month over a four-year span with a best (local) answer content strategy. Another client, Innovatech, boosted conversion rates by 34% year-over-year through CRO and search optimization.

As I alluded earlier when talking about transparency, people tend to believe what they can see. The value of content marketing remains plainly evident, even in a hazy digital climate.

A Clear of View of Digital Marketing in 2019

In the movie The Matrix, quoted at the outset of this article, Morpheus presents Neo with an ultimatum: Take the blue pill and you’ll continue to live in blissful ignorance, believing whatever you wish to believe; take the red pill and you’ll see the truth, unpleasant as it might be.

That article from New York Magazine served as a red pill of sorts for me. There’s a seedy underbelly to this digital environment, one which has long dug at me like a splinter in my mind, but I’m ready to come to terms with it. And I’m ready to do all I can in 2019 beyond to make sure that our team is part of the solution, not part of the problem.

“The frustration across the marketing ecosystem is palpable, and new headlines that breach trust and showcase systemic carelessness have inflamed the issue,” says Liz Miller, senior vice-president of marketing at CMO Council. “The industry as a whole must align on transparency and reliability.”

Through transparent practices and the reliability of integrated content strategy, digital marketing and its reputation can thrive as much as ever.

Looking for further information on the subject? Here’s how marketers can use the art of storytelling to build and regain trust.