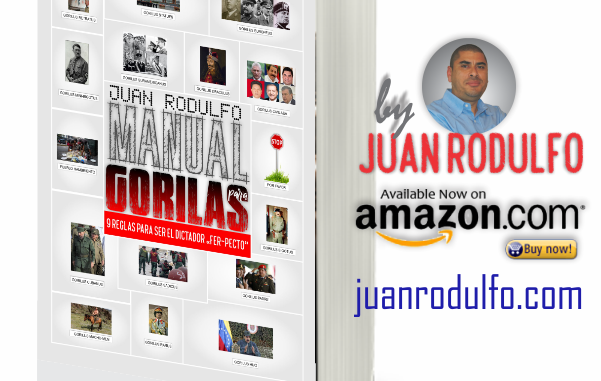 Manual for Gorillas: 9 Rules to be the “Fer-pect” Dictator by Juan Rodulfo

Manual for Gorillas: 9 Rules to be the “fer-pect” Dictator by Juan Rodulfo

Dictators are just like the rest of us (at least, at first). If they’re not born into powerful families, they will likely need to help their families make extra cash to survive or just make a living on their own until circumstances afford them the chance to take hold of the state’s coffers while stomping on the necks of their enemies real and perceived.
Here are the ways a few brutal dictators made ends meet while waiting for their big breaks:

Idi Amin was one of the most evil dictators in modern history, butchering hundreds of thousands of his own people. And for one young novelist he became an obsession. As the tyrant lies on his death bed, Giles Foden recalls the remarkable life of his tragicomic hero.

He claims that was Bus Driver at the State Subway Company Metro de Caracas, but people from the company says that never saw him working, but earning a salary as Union Member.

Haiti’s 40th president was a democratically elected black nationalist and classically trained doctor, which made him an excellent butcher of 30,000-60,000 Haitians. His education also earned him the nickname “Papa Doc.”

The 41st President of Haiti was his son, Jean-Claude Duvalier, who was handed the name “Baby Doc,” despite not being a doctor at all. Baby Doc fled Haiti after a 1986 rebellion toppled the government…