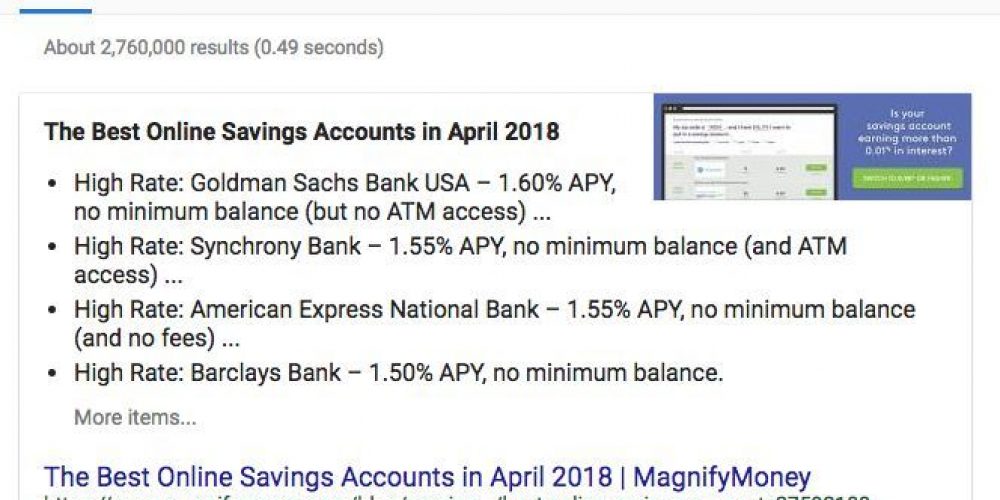 Google let it be known earlier this year that snippets were a-changin’. And true to their word, we’ve seen them make two major updates to the feature — all in an attempt to answer more of your questions.

We first took you on a deep dive of double featured snippets, and now we’re taking you for a ride on the carousel snippet. We’ll explore how it behaves in the wild and which of its snippets you can win.

For your safety, please remain seated and keep your hands, arms, feet, and legs inside the vehicle at all times!

What a carousel snippet is an how it works

This particular snippet holds the answers to many different questions and, as the name suggests, employs carousel-like behaviour in order to surface them all.

When you click one of the “IQ-bubbles” that run along the bottom of the snippet, JavaScript takes over and replaces the initial “parent” snippet with one that answers a brand new query. This query is a combination of your original search term and the text of the IQ-bubble.

On the new snippet, the IQ-bubbles sit at the top, making room for the “Search for” link at the bottom. The link is the bubble snippet’s query and, when clicked, becomes the search query of a whole new SERP — a bit of fun borrowed from the “People also ask” box.

You can blame the ludicrous “IQ-bubble” name on Google — it’s the class tag they gave on HTML SERP. We have heard them referred to as “refinement” bubbles or “related search” bubbles, but we don’t like either because we’ve seen them do both refine and relate. IQ-bubble it is.

Back in April, we sifted through every SERP in STAT to see just how large the initial carousel rollout was. Turns out, it made a decent-sized first impression.

Appearing only in America, we discovered 40,977 desktop and mobile SERPs with carousel snippets, which makes up a hair over 9 percent of the US-en market. When we peeked again at the beginning of August, carousel snippets had grown by half but still had yet to reach non-US markets.

Since one IQ-bubble equals one snippet, we deemed it essential to count every single bubble we saw. All told, there were a dizzying 224,508 IQ-bubbles on our SERPs. This means that 41,000 keywords managed to produce over 220,000 extra featured snippets. We’ll give you a minute to pick your jaw up off the floor.

Depending on whether you’re a glass-half-full or a glass-half-empty kind of person, this either makes for a lot of opportunity or a lot of competition, right at the top of the SERP.

Most bubble-snippet URLs are nowhere else on the SERP

When we’ve looked at “normal” snippets in the past, we’ve always been able to find the organic results that they’ve been sourced from. This wasn’t the case with carousel snippets — we could only find 10.76 percent of IQ-bubble URLs on the 100-result SERP. This left 89.24 percent unaccounted for, which is a metric heck-tonne of new results to contend with.

Concerned about the potential competitor implications of this, we decided to take a gander at ownership at the domain level.

Turns out things weren’t so bad. 63.05 percent of bubble snippets had come from sites that were already competing on the SERP — Google was just serving more varied content from them. It does mean, though, that there was a brand new competitor jumping onto the SERP 36.95 percent of the time. Which isn’t great.

Just remember: these new pages or competitors aren’t there to answer the original search query. Sometimes you’ll be able to expand your content in order to tackle those new topics and snag a bubble snippet, and sometimes they’ll be beyond your reach.

So, when IQ-bubble snippets do bother to source from the same SERP, what ranks do they prefer? Here we saw another big departure from what we’re used to.

We could apply the always helpful “just rank higher” rule here, but there appears to be plenty of exceptions to it. A top 10 spot just isn’t as essential to landing a bubble snippet as it is for a regular snippet.

We think this is due to relevancy: Because bubble snippet queries only relate to the original search term — they’re not attempting to answer it directly — it makes sense that their organic URLs wouldn’t rank particularly high on the SERP.

Next we asked ourselves, can you own more than one answer on a carousel snippet? And the answer was a resounding: you most definitely can.

First we discovered that you can own both the parent snippet and a bubble snippet. We saw this occur on 16.71 percent of our carousel snippets.

Then we found that owning multiple bubbles is also a thing that can happen. Just over half (57.37 percent) of our carousel snippets had two or more IQ-bubbles that sourced from the same domain. And as many as 2.62 percent had a domain that owned every bubble present — and most of those were 10-bubble snippets!

Folks, it’s even possible for a single URL to own more than one IQ-bubble snippet, and it’s less rare than we’d have thought — 4.74 percent of bubble snippets in a carousel share a URL with a neighboring bubble.

This begs the same obvious question that finding two snippets on the SERP did: Is your content ready to pull multi-snippet duty?

Since bubble snippets are technically providing answers to questions different from the original search term, we looked into what shows up when the bubble query is the keyword being searched.

To do this, we re-tracked our 40,977 SERPs and then tracked their 224,508 bubble “Search for” terms to ensure everything was happening at the same time.

The answers to our two pressing questions were thus:

If we’re being honest, we’re not exactly sure what to make of all this. If you own the bubble snippet but not the snippet on the subsequent SERP, you’re clearly on Google’s radar for that keyword — but does that mean you’re next in line for full snippet status?

And if the roles are reversed, you own the snippet for the keyword outright but not when it’s in a bubble, is your snippet in jeopardy? Let us know what you think!

Last, and somewhat least, we took a look at the shape all these snippets were turning up in.

When it comes to the parent snippet, Heavens to Betsy if we weren’t surprised. For the first time ever, we saw an almost even split between paragraph and list formatting. Bubble snippets, on the other hand, went on to match the trend we’re used to seeing in regular ol’ snippets:

We also discovered that bubble snippets aren’t beholden to one type of formatting even in their carousel. 32.21 percent of our carousel snippets did return bubbles with one format, but 59.71 percent had two and 8.09 percent had all three. This tells us that it’s best to pick the most natural format for your content.

Get cracking with carousel snippet tracking

If you can’t wait to get your mittens on carousel snippets, we track them in STAT, so you’ll know every keyword they appear for and have every URL housed within.

If you’d like to learn more about SERP feature tracking and strategizing, say hello and request a demo!

This article was originally published on the STAT blog on September 13, 2018.