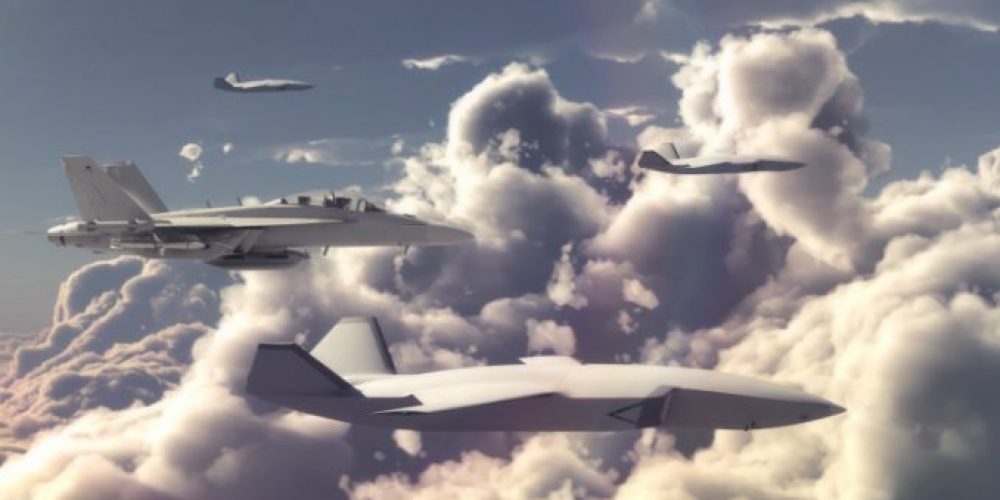 The drone’s software will enable it to fly independently or in support of manned aircraft while maintaining safe distance between other aircraft, Boeing said in a statement on what it calls the “Airpower Teaming System.”
The 38-foot-long, single-engine drone with a range of more than 2,000 miles (3,200 kilometers) will be able to engage in electronic warfare as well as intelligence, reconnaissance and surveillance missions and swap quickly between those roles, according to Boeing.
“Our newest addition to Boeing’s portfolio will truly be a force multiplier as it protects and projects air power,” Kristin Robertson, vice president and general manager of Boeing Autonomous Systems, said in the statement.
The company showed off a model of the drone, dubbed the “Loyal Wingman — Advanced Development Program,” at the Australia International Airshow in Melbourne on Wednesday, with an introduction from Australian Minister of Defense Christopher Pyne.
Accompanying animations showed three of the prospective drones flying alongside a Royal Australian Air Force F/A-18 fighter jet as well as an E-7 Wedgetail airborne early warning and control aircraft.
Air Marshal Leo Davies, chief of the RAAF, hinted at how a drone with artificial intelligence would interact with human pilots in an interview with the Australian Strategic Policy Institute published Wednesday.
“We can program it to learn, but it learns linearly, it is not emotional and it is in many respects, in an air combat sense, quite inflexible,” Davies is quoted as saying.
“When we look at a pilot’s ability to assess the situation, that brings with it an amount of emotion and creativity that allows us to be agile.
“We need the flexibility and agility of the human meshed with the speed of a machine. When we put those together, we’ve got a quite amazing outcome,” Davies said.