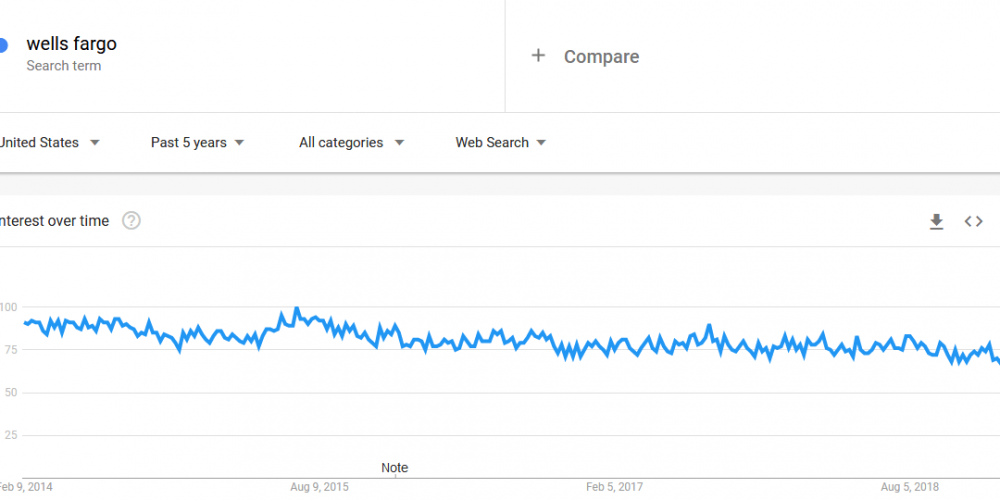 Given the increasing importance of brand in SEO, it seems a cruel irony that many household name-brands seem to struggle with managing the channel. Yet, in my time at Distilled, I’ve seen just that: numerous name-brand sites in various states of stagnation and even more frustrated SEO managers attempting to prevent said stagnation.

Despite global brand recognition and other established advantages that ought to drive growth, the reality is that having a household name doesn’t ensure SEO success. In this post, I’m going to explore why large, well-known brands can run into difficulties with organic performance, the patterns I’ve noticed, and some of the recommended tactics to address those challenges.

For the purposes of this post, the term “legacy brand” applies to companies that have a very strong association with the product they sell, and may well have, in the past, been the ubiquitous provider for that product. This could mean that they were household names in the 20th century, or it could be that they pioneered and dominated their field in the early days of mass consumer web usage. A few varied examples (that Distilled has never worked with or been contacted by) include:

These are cherry-picked, potentially extreme examples of legacy brands, but all three of the above, and most that fit this description have shown a marked decline in the last five years, in terms of organic visibility (confirmed by Sistrix, my tool of choice — your tool-of-choice may vary). It’s a common issue for large, well-established sites — peaking in 2013 and 2014 and never again reaching those highs.

Given that large, well-known brands aren’t performing well, one would think that less known brands (brands that don’t fit the above description) would be closing the gap. But it’s the opposite. In fact, said brands are under-performing in organic and showing signs of stagnation — and they aren’t showing any signs of catching up.

The question is: why does it keep happening?

Quite possibly the biggest hurdle standing in the way of a brand’s performance is the brand itself. This may seem like a bit of an odd one — we’d already established that the companies we’re talking about are big, recognized, household names. That in and of itself should help them in SEO, right?

The thing is, though, a lot of these big household names are recognized, but they’re not the one-stop shops that they used to be.

Here’s how the above name-brand examples are performing on search:

Other dominant, clearly vertical-leading brands in the UK, in general, are also not doing so well in branded search:

There’s a lot of potential reasons for why this may be — and we’ll even address some of them later — but a few notable ones include:

Check out this for the real estate example in the UK:

Rightmove and Zoopla are the two biggest brands in this space and have been for some time. There’s only one line there that’s trending upwards, though, and it’s the generic term, “houses for sale.”

Basically, get a move on! A lot of incumbents have been very slow to take action on things like top-of-funnel content, or only produce low-effort, exceptionally dry social media posts (I’ve posted before about some of these tactics here.) In fairness, it’s easy to see why — these channels and approaches likely have the least measurable returns. However, leaving a vacuum higher in your funnel is playing with fire, especially when you’re a recognized name. It opens an opportunity for smaller players to close the gap in recognition — at almost no cost.

I’m sure many people reading this will have experienced how hard it can be to get technical changes — particularly higher effort ones — implemented by larger, older organizations. This can stem from complex bureaucracy, aging and highly bespoke platforms, risk aversion, and, particularly for SEO, an inability to get senior buy-in for what can often be fairly abstract changes with little guaranteed reward.

At Distilled, we run into these challenges fairly often. I’ve seen dev queues that span, literally, for years. I’ve also seen organizations that are completely unable to change the most basic information on their sites, such as opening times or title tags. In fact, it was this exact issue that prompted the development of our ODN platform a few years ago as a way to circumvent technical limitations and prove the benefits when we did so.

There are less heavy-duty options available — GTM can be used for a range of changes as the last resort, albeit without the measurement component. CDN-level solutions like Cloudflare’s edge workers are also starting to gain traction within the SEO community.

Eventually, though, it’s necessary to tackle the problem at the source — by making headway within the politics of the organization. There’s a whole other post to be had there, if not several, but basically, it comes down to making yourself heard without undermining anyone. I’ve found that focusing on the downside is actually the most effective angle within big, risk-averse bureaucracies — essentially preying on the risk-aversion itself — as well as shouting loudly about any successes, however small.

Reason 3: Not updating tactics due to long-standing, ingrained practices

In a way, this comes back to risk aversion and politics — after all, legacy brands have a lot to lose. One particular manifestation I’ve often noticed in larger organizations is ongoing campaigns and tactics that haven’t been linked to improved rankings or revenue in years.

One conversation with a senior SEO at a major brand left me quite confused. I recall he said to me something along the lines of “we know this campaign isn’t right for us strategically, but we can’t get buy-in for anything else, so it’s this or lose the budget”. Fantastic.

This type of scenario can become commonplace when senior decision-makers don’t trust their staff — often, it’s a CMO, or similar executive leader, that hasn’t dipped their toe in SEO for a decade or more. When they do, they are unpleasantly surprised to discover that their SEO team isn’t buying any links this week and, actually, hasn’t for quite some time. Their reaction, then, is predictable: “No wonder the results are so poor!”

Unfortunately, you may have to humor this behavior in the short term. That doesn’t mean you should start (or continue) buying links, but it might be a good idea to ensure there’s similar-sounding activity in your strategy while you work on proving the ROI of your projects.

Medium-term, if you can get senior stakeholders out to conferences (I highly recommend SearchLove, though I may be biased), softly share articles and content “they may find interesting”, and drown them in news of the success of whatever other programs you’ve managed to get headway with, you can start to move them in the right direction.

Reason 4: Race to the bottom

It’s fair to say that, over time, it’s only become easier to launch an online business with a reasonably well-sorted site. I’ve observed in the past that new entrants don’t necessarily have to match tenured juggernauts like-for-like on factors like Domain Authority to hit the top spots.

As a result, it’s become common-place to see plucky, younger businesses rising quickly, and, at the very least, increasing the apparent level of choice where historically a legacy business might have had a monopoly on basic competence.

This is even more complicated when price is involved. Most SEOs agree that SERP behavior factors into rankings, so it’s easy to imagine legacy businesses, which disproportionately have a premium angle, struggling for clicks vs. attractively priced competitors. Google does not understand or care that you have a premium proposition — they’ll throw you in with the businesses competing purely on price all the same.

As I see it, there are two main approaches. One is abusing your size to crowd out smaller players (for instance, disproportionately targeting the keywords where they’ve managed to find a gap in your armor), and the second is, essentially, Conversion Rate Optimization.

Simple tactics like sorting a landing page by default by price (ascending), having clicky titles with a value-focused USP (e.g. free delivery), or well targeted (and not overdone) post-sales retention emails — all go a long way to mitigating the temptation of a cheaper or hackier competitor.

In a lot of verticals, the pie is getting smaller, so it stands to reason the dominant players will be facing a diminishing slice.

Again, there are two separate angles here, and one is a lot harder than the other. The first is similar to some of what I’ve mentioned above — move further up the funnel and lock in business before this ever comes to your prospective client Googling your head term and seeing Amazon and/or Google above you. This is only a mitigating tactic, however.

The second, which will be impossible for many or most businesses, is to jump into bed with the devil. If you ever do have the opportunity to be a data partner behind a Google or Amazon product, you may do well to swallow your pride and take it. You may be the only one of your competitors left in a few years, and if you don’t, it’ll be someone else.

While a lot of the issues relate to complacency, and a lot of my suggested solutions relate to reinvesting as if you weren’t a dominant brand that might win by accident, I do think it’s worth exploring the mechanisms by which this translates into poorer performance.

This topic is unavoidably very tinted by my own experiences and opinions, so I’d love to hear your thoughts in the comments below. Similarly, I’m conscious that any one of my five reasons could have been a post in its own right — which ones would you like to see more fleshed out?